Downtown Orlando is the heart of Central Florida. It is a lively center of commerce with many different industries. From fine restaurants, first-rate hotels, fantastic shopping and more, Downtown Orlando is dynamic and bustling with business and entertainment.

If you you’re on layover at Orlando Executive Airport, you may want explore the city’s highlights. 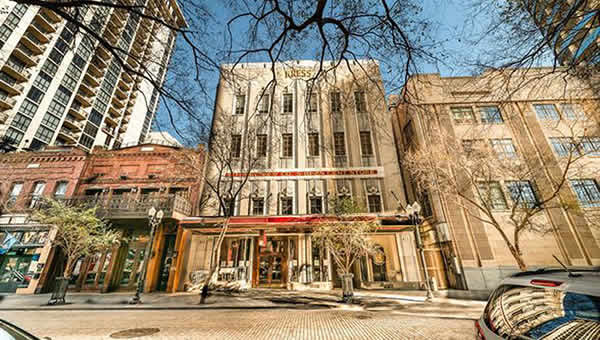 The Church Street District, which is in the heart of Downtown Orlando, is home to a mix of dining, live entertainment, theater and Orlando’s award winning Amway Center. There is always something new and exciting happening on Church Street.  And it is all only 4 miles from Orlando Executive Airport

The area is deeply rooted in Orlando’s history and was developed around the City’s original train station. The Old Orlando Railroad Depo is listed in the National Register of Historic Places and is a local historic landmark. Together with the opening of the Amway Center in 2010, businesses along historic Church Street got together to create a vibrant commercial district that attracts visitors from across the globe to Downtown Orlando. 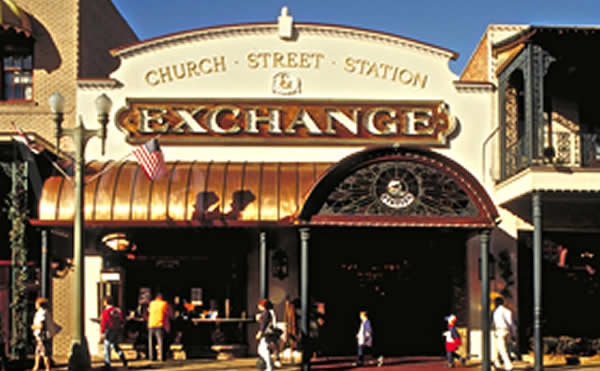 For more than a century Church Street has been the heart and center of downtown Orlando. The revitalized Church Street Station continues this tradition, offering a mix of dining, entertainment, shopping and business for locals and tourists alike.

Home to the historic Cheyenne Saloon and several other live venues, Church Street Station is a place that never sleeps. Live music, comedy, entertainment and more can all be found here. And with Orlando’s new Amway Center just across the street, world-class music and sporting events are just a few steps away. 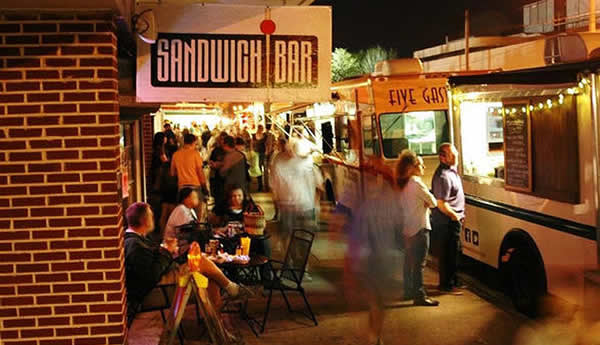 Named for the T.G. Lee Milk national headquarters, the Milk District is a dining, shopping and nightlife district that goes back as the 1950s. It is just 2 miles from Orlando Executive.

Fashion buffs will find Etoile Boutique, which features eclectic, handmade and vintage clothing as well as unique accessories. Local brands, wearable art pieces, vintage items including hats, ties and suspenders and products made from recycled goods can all be found at this notable retailer. The nearby Plaza Live Theatre is now one of Orlando’s premier live venues, showcasing both local and guest artists.

A hip nightlife scene surrounds the bar-strip that’s home to popular watering holes like Milk Bar, Spacebar and Sandwich Bar, as well as the weekly food truck bazaar. Head to Sportstown Billiards for traditional sports bar entertainment, where you’ll find the best craft-beer selection. They also feature pingpong, air hockey, foosball, skee-ball and a variety of board and console games. 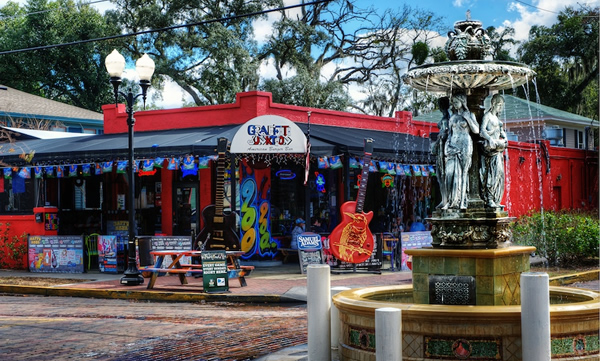 Just east of Lake Eola, Thornton Park District is home to a commercial district with a European feel. It is in Downtown Orlando, which is just an 18 minute ride from International Drive and only 3 miles from Orlando Executive Airport.

More than 50 locally owned shops and dining spots make up the Thornton Park District. Whether you’re in the mood to relax outside with a glass of wine, enjoy dinner before the show, or if you just want to shop, Thornton Park is the place where you can do it all.